how to peel and seed tomatoes 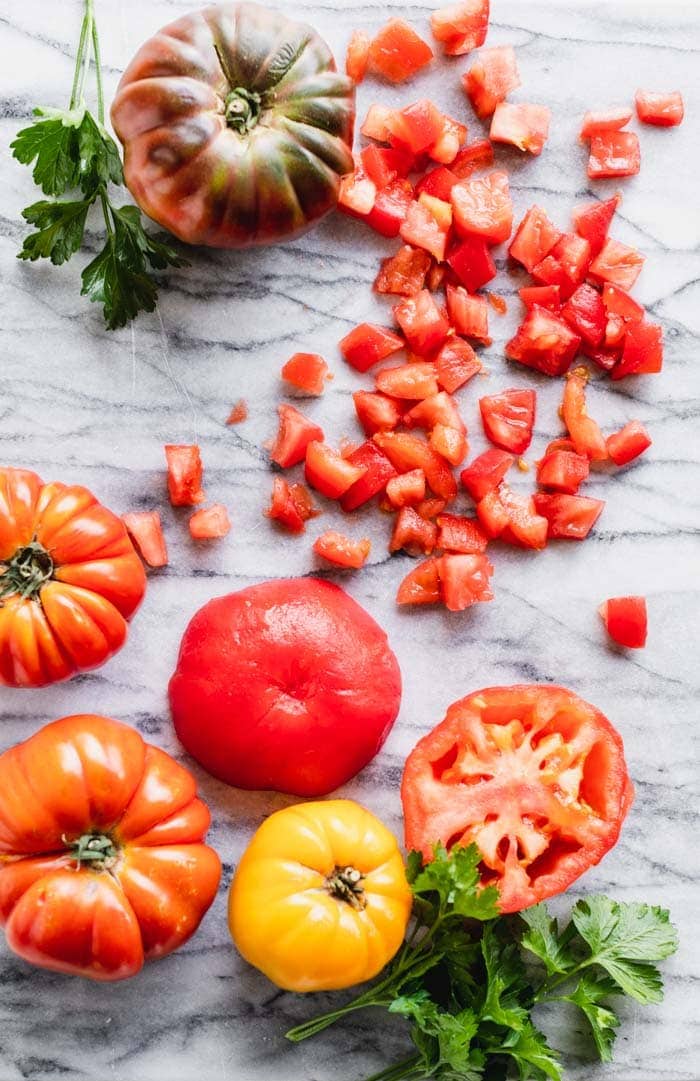 Here is how to peel and seed tomatoes. If you’ve ever read a recipe that asks for tomatoes, peeled and seeded, you may wonder just how to do that. Taking the skins off (and the seeds out) is great when you’re making tomato sauce or tomato soup. Also when you want to freeze or can a lot of tomatoes from the garden, this tip will come in handy. 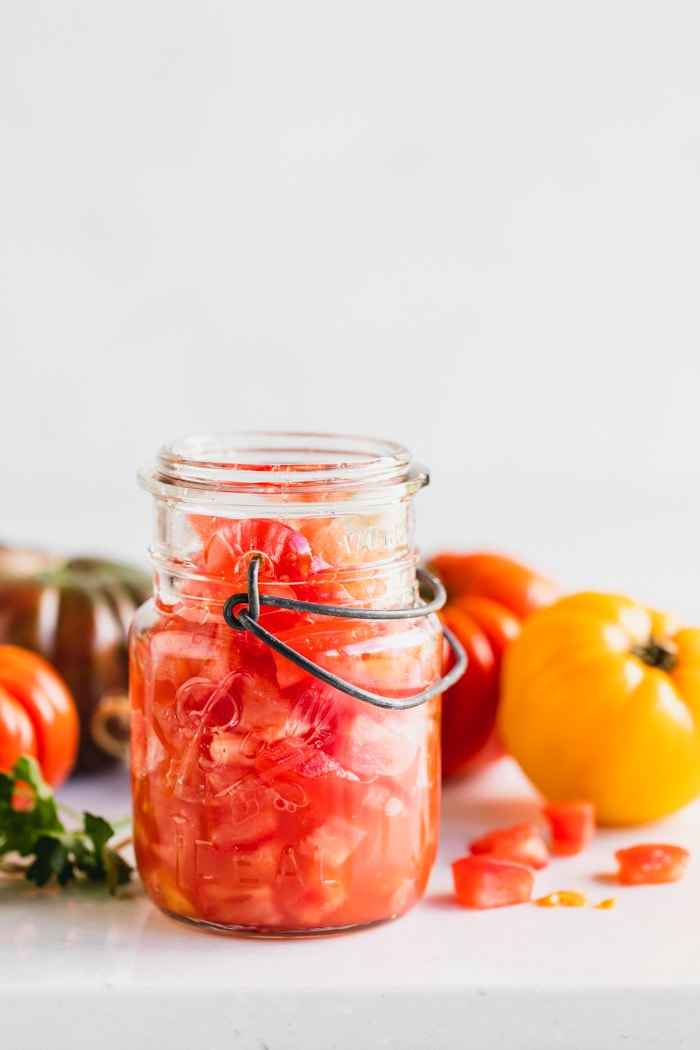 This past spring when we were all stuck at home, with not much to do and a lot to worry about, I turned to seeds. Garden seeds that is. I  got online, and started to plan out my summertime garden. It was like a little escape and felt reassuring knowing that I would be able to provide food for my family no matter what the stores had in stock.

When weeks later, my seeds never arrived, I got an email saying that the seed company was so overwhelmed with orders that my seeds wouldn’t be arriving for quite a while. So much for feeling reassured!

I did end up getting my hands on veggie seeds later in April, just in time to plant them as soon as the soil could be worked. Then as soon as the danger of the last frost passed, I planted my tomato plants!

Friends, I know I was not the only one with a story like this. My sister-in-law told me that she had the same experience! She planned to go big, ordered early, had to wait, but got tons of veggies in just in time. Leave me a comment below and let me know what kind of gardening you’ve been doing this year.

I’m guessing you’re probably reading this because you too have a bumper crop of tomatoes! (I’m swimming in them too my friends… among other veggies! Why oh why did I plant four cucumber plants??!!)

It occured to me that I wouldn’t be the only one wanting to have resources for all of the garden fresh tomatoes that would be coming in from our gardens. That’s why I decided to share these tips for How to Peel and Seed Tomatoes so you can freeze them, can them, or use them in soups, chili or stews.

How To Peel and Seed Tomatoes

The process of peeling and seeing tomatoes is so much easier than you may think, and a great thing to do with a large amount of tomatoes. I like to process them all at once so I can freeze them for the wintertime. I’ll walk you through the steps on how to process them.

As with most projects that involve putting food by, setting up your work area is always a good idea.

I like to make sure my kitchen counter is completely cleared off, since I don’t want to be hassled by clutter getting in my way.

Set Up Cutting Board 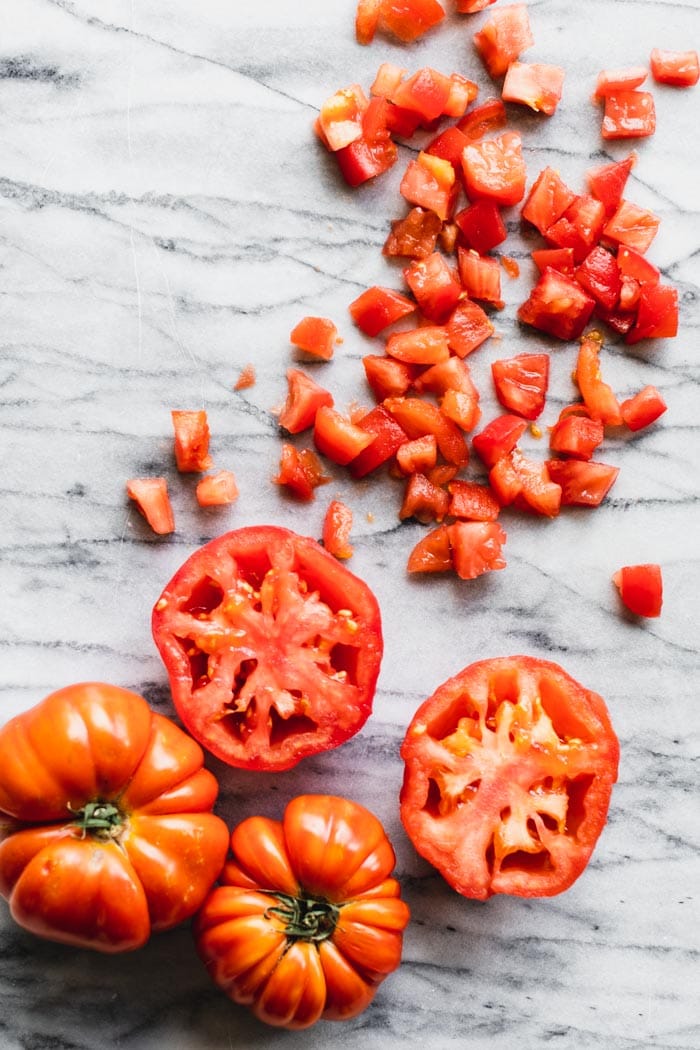 How To Peel Tomatoes

How To Remove the Skin From the Tomatoes 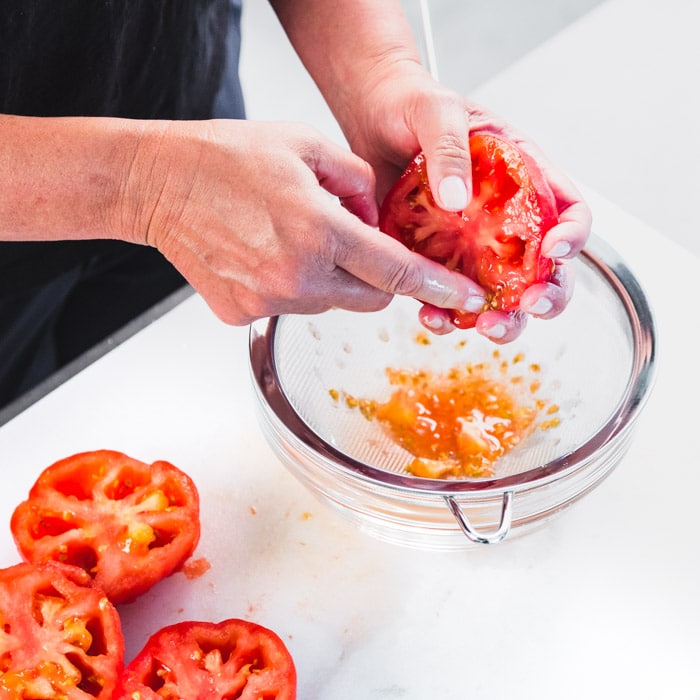 How To Remove Tomato Seeds

Save the Tomato Juice 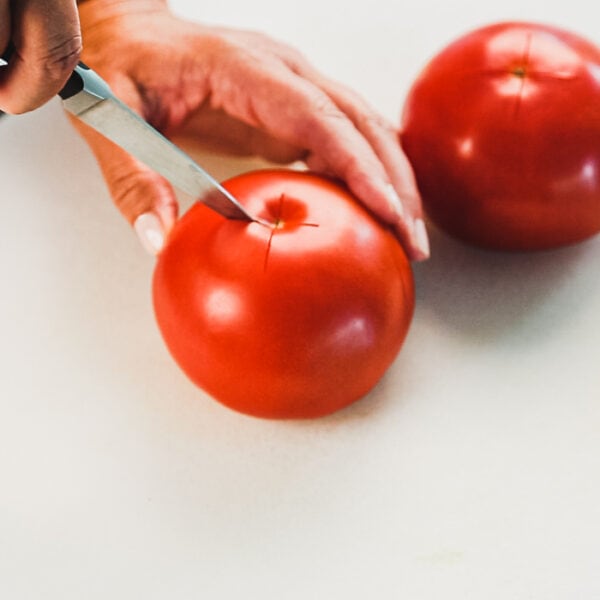 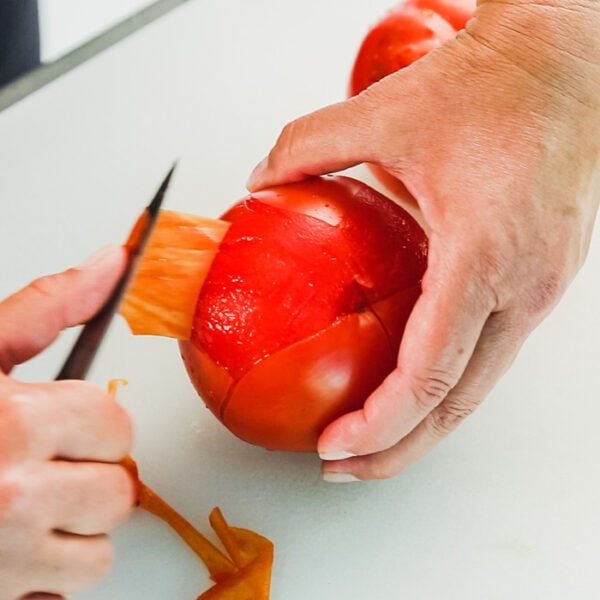 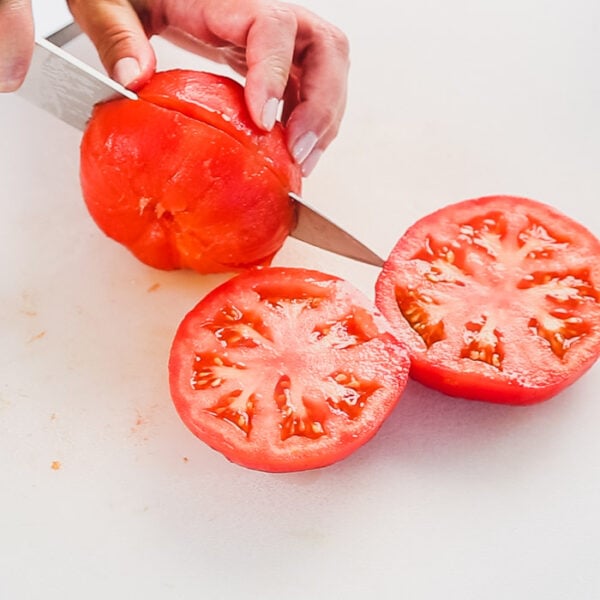 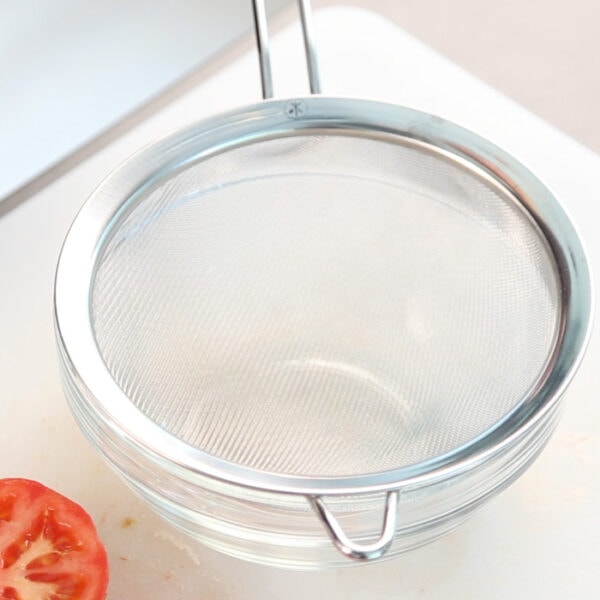 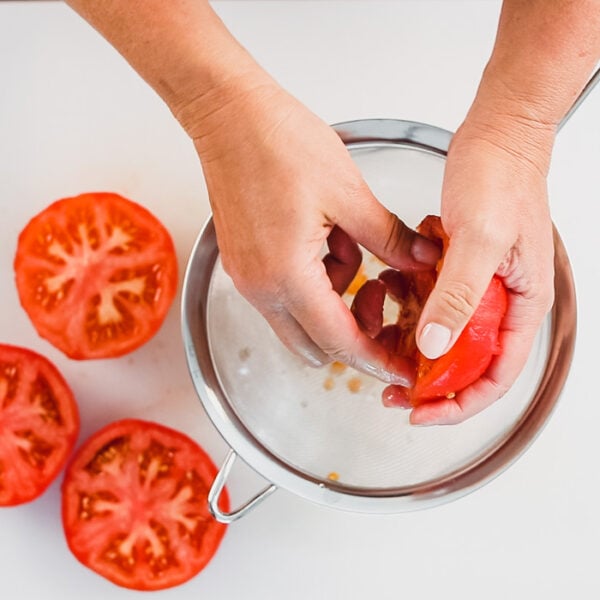 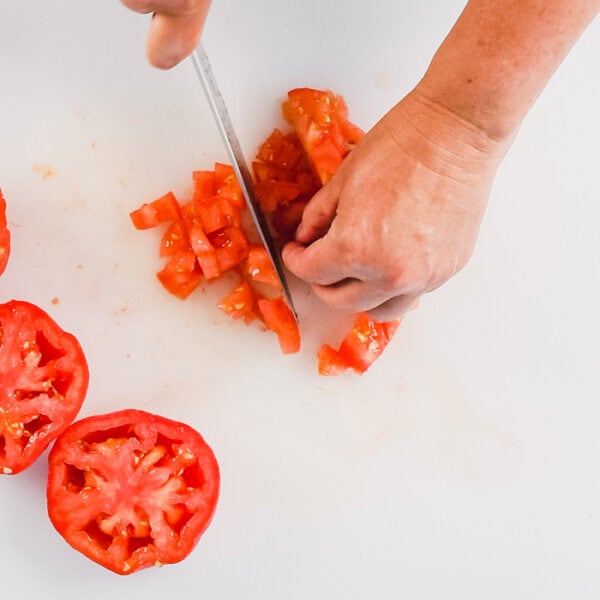 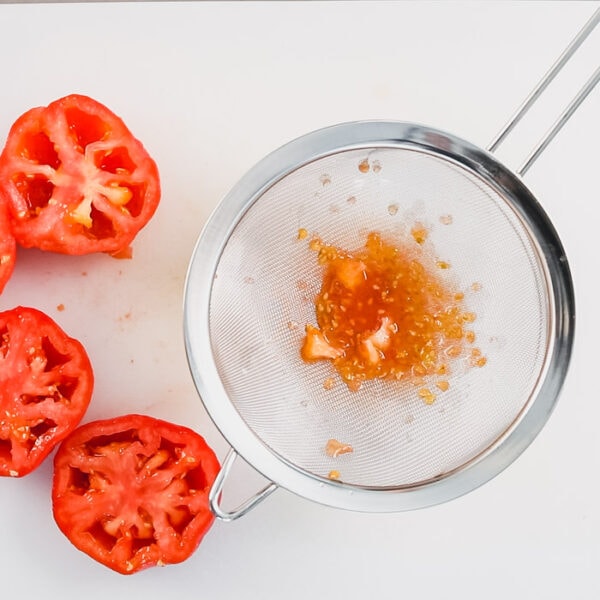 What To Do With Peeled, Seeded and Diced Tomatoes

Once you have processed the tomatoes you can store them for the winter. Here are some ideas and resources for you.

Here is how to Can Tomatoes from Cassie. She explains all you need to know. And trust me, it’s not as intimidating as you may think!

After you have canned to tomatoes, you can use them in recipes such as chili or chicken gumbo.

The nice thing about canning the tomatoes is you can use all wide mouth pint jars so they are easy 1:1 substitutions for the store-bought cans.

How To Freeze Tomatoes

Another option, and in my opinion an easier one, is to freeze the peeld, seeded and diced tomatoes. I like the fact that you don’t need to heat up the kitchen with any more boiling water, and you don’t need to add any citric acid to them. Here’s how to do it:

You can add the diced frozen tomatoes directly to soups or you can thaw them out in the fridge for one day before you need them.

tomatoes on a marble board

Recipes To Use These Diced Tomatoes

How To Cook with Peeled, Seeded and Diced Tomatoes

Thanks so much for reading. If you find this blog post and recipe helpful, please let me know by leaving a star rating and review below!

Use these step by step instruction on how to peel and seed tomatoes for canning, freezing, sauce or soup. Instructions include a recipe and step by step photos. 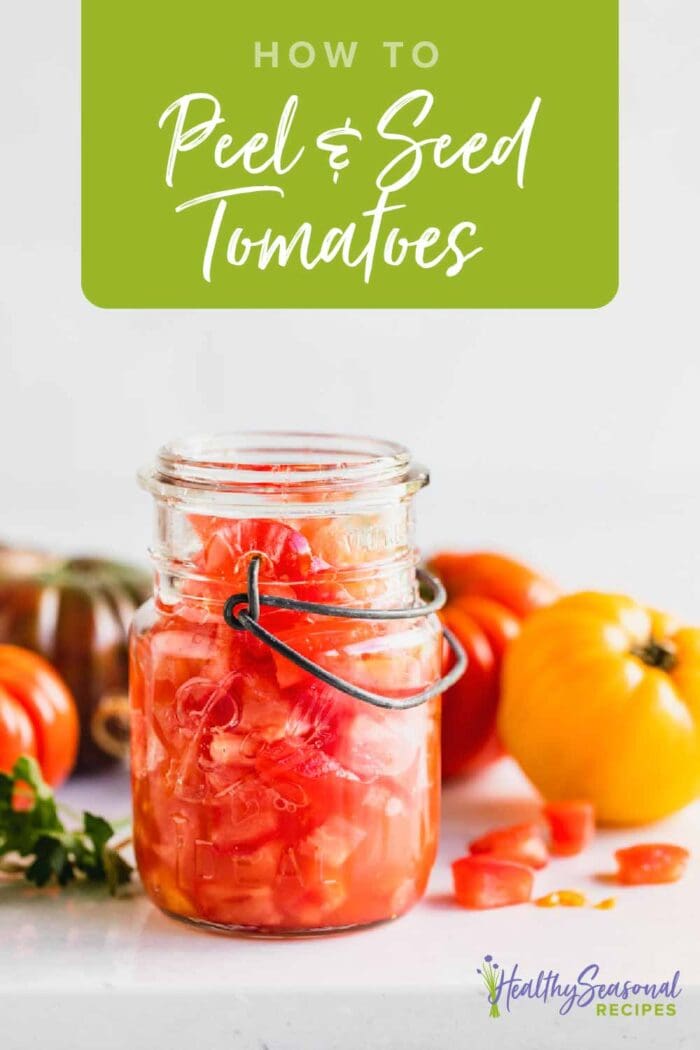 Can a 12-Year-Old Convince You to Go Vegan? – Grub Street

Keto diet: How to stock your fridge for success on low carb plan promising weight loss