DOCTORS kept a heart beating in a jar for 24 hours — bringing hope to thousands in need of a life-saving transplant.

A “game-changing” device can preserve heart tissue up to six times longer than current methods.

It pumps the organ with oxygen and vital nutrients, such as sodium, potassium and ­glucose, allowing time to transport it.

The device, named ULiSSES, fits into a ­carry-on case, so hearts can be flown around the world.

University of Texas researchers successfully tested it on pig hearts, which are similar to ours. They plan human trials in three months and expect approval within a year.

“The pig hearts appeared to remain viable 24 hours after they were harvested.”

MOST READ IN HEALTH NEWS

Boy, 4, dies after his lop-sided smile was early sign of devastating cancer

He added: “The machine is a game-changer and has potential to save thousands of lives.”

The extra time could mean more matches for thousands waiting around the world for a donor.

The device, unveiled at a Seattle conference, operates at any temperature or air pressure. And it is expected to cost under £100,000. 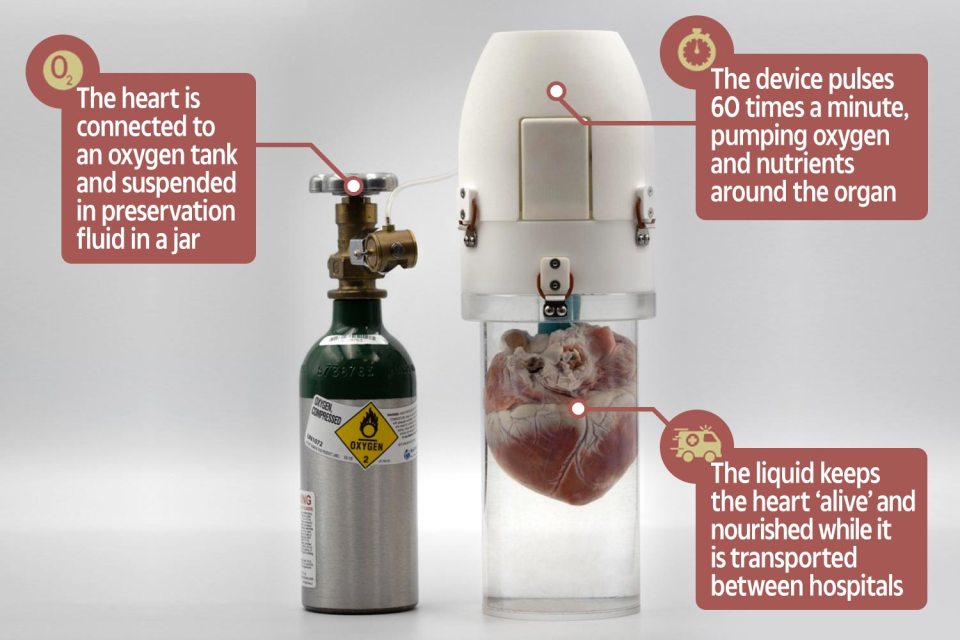 Public toilets: Should you be able to pee for free?